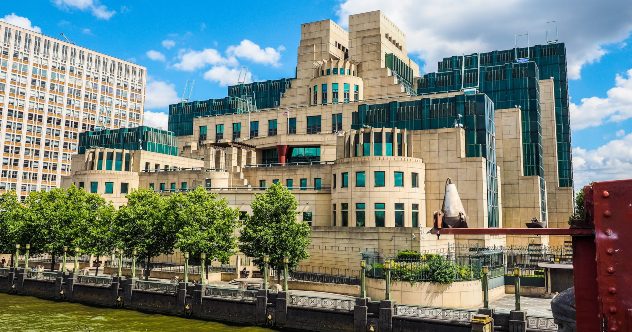 Chances are when you think of British spycraft, you think of James Bond—the brash, reckless, womanizing, mass murderer featured in dozens of films. Well, aside from his name and tendency to always come out on top, your assumptions are not too far off.

British Intelligence is actually an umbrella term for multiple agencies, such as the SIS, MI5, and others. But regardless of which agency you choose to zoom in on, its history holds its share of scandals. British Intelligence has some less-than-intelligent moments from questionable practices to undetected moles, from bungled operations to poorly-kept secrets. This list brings together ten of those moments, ten of the biggest scandals in the history of British Intelligence.

Related: 10 Ways Secret Intelligence Was Gathered In The Past

The MI5 certainly affected and may have ultimately decided the 1924 U.K. general election outcome. Their part in the election’s results came from their handling of the infamous Zinoviev Letter.

Just prior to the election, the U.K. Labour Party suffered a major defeat in the form of a vote of no confidence due to their decision not to prosecute a noted Communist author for mutiny. Just after that defeat, MI5 intercepted a letter, the Zinoviev Letter, from a prominent Communist leader that stated that a Labour Party victory would be a victory for Communism in the U.K.

The Labour Party chose to keep the letter a secret, fearing public opinion of its contents, but the letter found its way into the press anyway. Due to anti-Communist sentiments and the dishonesty of the Labour Party, the opposing Conservative Party won the election in a landslide. The letter’s authenticity has been questioned constantly over the years, and some even believe that MI5 created the letter themselves.

In 2018, Maya Foa, the director for human rights organization Reprieve, became famous for leading a campaign that successfully forced the British government to acknowledge their sanctioning of criminal activity by MI5 agents. The saga has continued into multiple exposés and prolonged trials, and what has emerged from all of it is MI5 agents are allowed to commit criminal acts, the full extent of which is unknown.

There are allegedly many particulars regarding which agents are allowed to commit which acts, but the British government has been thus far unwilling to reveal what those stipulations are, leading many to suspect the worst. As Maya Foa put it: “The idea that the government can authorize undercover agents to commit the most serious crimes, including torture and murder, is deeply troubling and must be challenged.”

The 2017 London Bridge Attack was either a resounding success for British Intelligence or an utter failure depending on who you ask. Taking place on June 3, 2017, the attack was carried out by members of ISIS. They began by intentionally ramming pedestrians with their van, then started indiscriminately stabbing bystanders before being shot by British police. The speed with which police handled the situation has been praised, especially in light of the explosive vests that each terrorist wore and evidently intended to use. But many raised the obvious questions: How did these terrorists get so far? Could this have been avoided?

One of the terrorists, in particular, Youssef Zaghba, was under surveillance by the Italian government, who warned British Intelligence of the potential threat he posed. The failure of British Intelligence to sufficiently act on this tip led to a flurry of outcry and investigations.

Between 1974 and 1975, members of British Intelligence allegedly conspired to conduct a smear campaign against Prime Minister Harold Wilson. Some even claim that their ultimate goal was a coup d’état, seemingly supported by clandestine military maneuvers that Wilson had never authorized.

The extent of British Intelligence’s actions against Wilson is unclear, but one fact confirmed to be true is that MI5 installed secret recording devices in Wilson’s residence at 10 Downing. This led to Wilson enacting a policy, still in effect, that prevents any agency from bugging members of Parliament. The policy is known as the Wilson Doctrine.

Their public reasoning was the protection of Iran from a Communist takeover. Still, secret documents would later reveal that their true motivation was merely to gain control over the Iranian oil industry.

The Iraq War began in 2003, largely due to claims from George W. Bush and his administration that Iraq was maintaining a secret stockpile of weapons of mass destruction. British Intelligence echoed American claims. The Coalition forces that then invaded the country were led by U.S. and U.K. troops. The biggest issue with that scenario is that Iraq never had any WMDs, and both U.S. and British Intelligence royally failed in their investigation. That, or they blatantly lied about it.

Investigations into the lead-up to the Iraq War led to another damning discovery involving British Intelligence: The deliberate falsifying of U.N. documents and misinformation campaign known as Operation Mass Appeal.

Primarily carried out by MI6, Mass Appeal was the large-scale dissemination of exaggerated and even blatantly false information about Iraq, with the intention of drumming up public support for an invasion. U.N. Arms Inspector Scott Ritter wrote a tell-all book about his involvement in Mass Appeal, at one point stating diplomatically, “I was approached by the British intelligence service… to see if there was any information… that could be handed to the British, so that they could, in turn, work it over, determine its veracity, and then seek to plant it in media outlets around the world… Part of this job took on a propaganda aspect.”

To be fair, the infamous Venlo incident was less a British Intelligence failure and more a German intelligence success. But it’s the responsibility of intelligence agents to outsmart their enemies (it’s even in the name), so it’s fair to call this a British failure. And a Dutch failure, too, while we’re at it.

On November 9, 1939, two British spies, accompanied by one Dutch spy, traveled to the Dutch town of Venlo to meet with German officers who were allegedly willing to defect. Of course, this was all a ruse by German intelligence, leading to the Dutch agent’s death and the capture of both British agents.

As it came to be called, the Venlo Incident had far-reaching ramifications for the war. It led to Winston Churchill forming an entirely new British Intelligence organization and was used by Hitler to justify his invasion of the Netherlands the following month.

In 1987, a former high-ranking MI5 officer named Peter Wright released a memoir titled Spycatcher: The Candid Autobiography of a Senior Intelligence Officer. In the book, Wright detailed numerous questionable and ethically dubious practices by MI5 members that he had either researched or personally witnessed.

The book was immediately banned in England, and any papers who dared to report on its contents found themselves hit with government-issued gag orders. Easily the best reaction to this was from The Economist, which reviewed the book and (due to a gag order) printed the review in every country except England.

In England, they instead printed an otherwise blank page with the text, “In all but one country, our readers have on this page a review of Spycatcher, a book by an ex-M.I.5-man, Peter Wright. The exception is Britain, where the book, and comment on it, have been banned. For our 420,000 readers there, this page is blank—and the law is an a**.”

The story of the Cambridge Five and how they utterly outsmarted the entire country of England is easily the biggest scandal in the history of British Intelligence. In fact, combing through list after list of British Intelligence failures, the Cambridge Five are likely to be the top in most, and the individual five members on their own are most often the following five entries.

The basic facts of the incident say it all: At least five undercover Soviet spies successfully infiltrated British Intelligence and relayed state secrets to the Soviet Union for two to three decades. Moreover, they were only discovered when two of them fled to Moscow, and none of the five were ever prosecuted for their role as Soviet moles.

Between the 1930s and 1950s, the Cambridge Five, so-named because they had all attended Cambridge University, passed on an untold trove of information to the Soviet Union, completely undetected by British Intelligence. Their eventual discovery caused panic among the international community, many beginning to wonder where else Soviet spies were embedding, eluding all detection.